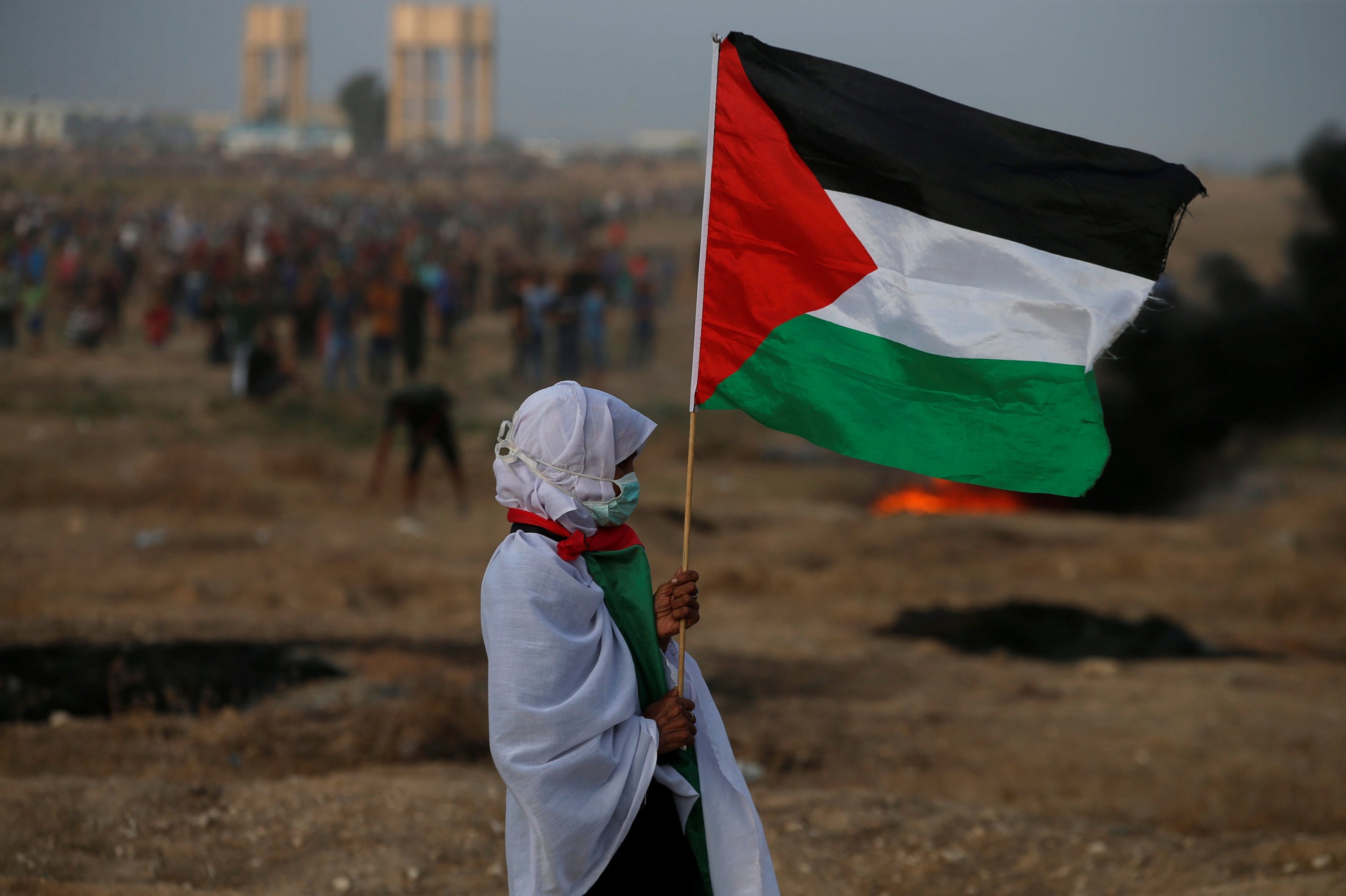 
On August 13, 2020, the Minister of Foreign Affairs for The United Arab Emirates, Anwar Gargash, announced that the UAE had made deals with the Israeli government in order to normalize relations with Israel, in what will be known as a historic tipping point in Middle Eastern politics. The UAE claims that the deal was made in order to combat the threats facing the two-state solution and suspend the annexation of Palestinian territories.

To comprehend the significance of this agreement, one must first have an understanding of the multiple actors involved, as well as the layout of the Middle Eastern political stage. In the spotlight lies the Israel-Palestine conflict, a 70-year-old dispute, with roots dating back to the nineteenth century. At the heart of this conflict is a clash between two ethnic groups, Arabs and Zionist Jews, who both claimed the state of Palestine and the holy site of Jerusalem as their own. Palestine originally consisted of an Arab majority and a Jewish minority. However, they experienced a shift in demographics between the 1920s and 1940s. This shift was due to the influx of Jews arriving to escape persecution after the Holocaust of WWII. During this period tensions between the groups and opposition towards British rule in Palestine grew. In 1947, the international community was tasked with resolving this conflict, proposing Palestine be split into separate Arab and Jewish states, leaving Jerusalem as international territory. This solution failed to be implemented as it was rejected by the Arab population. British rulers left the territory in 1948, being unable to restore peace, with the Jewish state of Israel being declared shortly afterward by Jewish leaders. Indigenous Palestinians opposed this development, with the dispute escalating into the Arab-Israel war over the possession of this land. As no peace treaties have been negotiated to satisfy both Palestinians and Israelis, the conflict continues today.

Presently, the Palestinian Territories consist primarily of the Gaza Strip and the West Bank, with the remaining territory that was formerly considered Palestine being designated as Israel. Palestinians currently fight for self-determination. However, they continue to possess limited control over their affairs due to Israel’s military presence and the Israeli occupation of lands they consider to be their own. Israel’s influence and authority over Palestine are subject to international controversy, with acts such as restricting Palestinian’s freedom of movement, preventing fundamental resources from entering Gaza, denying medical permits to Gaza residents, preventing Palestinian refugees from re-entering Palestine and detaining and interrogating children violating multiple human rights and international laws. The ongoing conflict plays a role in dictating foreign policy in the Middle East; the majority of Arab countries condemning Israel’s role in the conflict and pushing for an independent Palestinian state.

The UAE’s normalization of relations with Israel has shifted this relationship, acting as a catalyst in rearranging the political landscape. It is important to note that communication and discussion between the two powers have occurred long before the signing of a treaty. The Abraham Accords themselves do little more than formalize a relationship that has already been occurring behind closed doors, however, the symbolism of the agreement is what speaks volumes in the political arena. The Abraham Accords ultimately put an end to the UAE’s participation in the Arab Peace Initiative, an agreement that has been endorsed by the 22 nations comprising the Arab League since 2002. The initiative was essentially a mechanism in which Israel would be pressured into pursuing a just peace in regards to its conflict with Palestine. It involved Arab leaders refusing to forge diplomatic ties with Israel and rejecting Isreal’s right to exist until it has withdrawn from the Palestinian territories it has occupied since 1967. Furthermore, the UAE’s decision effectively undermined the Arab League’s economic boycott of Israel in place since its founding in 1948.

The Abraham Accords themselves can be seen as nothing more than a political ploy of self-interest, disguised as an olive branch promising peace in the Middle East. The UAE, Israel, and the United States, who played a role in brokering the deal, will insist that the agreement represents nothing more than a step towards resolving the Israel-Palestine conflict, with the claim that it will lead to a halt in Israel's plan of annexing Palestinian lands. However, one does not have to look far to realize that this contention is nothing more than false rhetoric, meant to subdue outcry from those who support the Palestinean cause. When the accord was presented publicly by the Emirati government, it was described as a treaty that would “stop” the annexation of Palestine, even though the Israeli Prime Minister Benjamin Netanyahu has stated in recent campaigns that “There is no change in my plan to apply our sovereignty in Judea and Samaria, in full coordination with the United States”. The contrast between the discourse in both countries, coupled with Israel's long-standing foreign policy advocating for a single state solution suggests that preventing Palastenian annexation and promoting peace was never the intention. On the contrary, the Abraham Accords encourage the question of Palestine to be forgotten altogether.

The UAE being the first Gulf country to normalize relations with Israel sets a precedent and encourages other Arab countries to do the same, effectively ignoring the solidarity with Palestine that the boycott represented. The ripples of the UAE’s actions can be seen through the recent normalization of relations between Israel and the Kingdom of Bahrain on September 11, 2020, as well as with Sudan on October 23, 2020. These agreements mirror that of the Abraham Accords, with normalization of commercial, diplomatic, security, and other relations without the condition of Israel ending its occupation.

When Israel can sustain relationships with other sovereignties in the Middle East, it effectively allows them to escape foreign pressure, disincentivizing proper negotiations with Palestine to end the conflict. Instead, Israel is safe to move forward with its single-state solution, a situation where there is doubt that the Palestinian minority will have national rights and the ability to maintain their own, unique identity. It would allow Israel’s decades of human rights violations and occupational abuses towards Palestinians to go without consequence, including institutionalized discrimination, war crimes, the murder of civilians, and forced displacement. In a situation where Israel is free to attempt to annex Palestinean land, it is to be met with civil unrest, violent resistance, and potentially civil war. This scenario, though it paves the way for an Israeli victory, does nothing to achieve true peace.

Rather than the noble cause it is marketed to be, the Abraham Accords serve to fulfill the mutual self-interests of those who created the agreement. The UAE and Israel have shared economic interests, as well as similar security concerns, most notably the one caused by Iran. The Abraham Accords serve as a solidification of a coalition against Iran, a support system if relations with the country go awry. Additionally, making peace with Israel allows the UAE to freely purchase firearms from the United States further securing them against a potential conflict against Iran, which makes the Abraham Accords an excellent military strategy. United States President Donald Trump profits off the agreement as it acts as a point in his favour amidst severe criticism of his administration and a plummeting reputation. The ability to broker a complicated deal with the potential to bring “peace” to the Middle East and potentially decrease U.S military presence in the region, as well as counter the threat of Iran, is an impressive diplomatic win.

What the Abraham Accord boils down to is what people fear most in politics, an empty promise shielding a plethora of hidden agendas. The agreement does nothing to achieve a just peace for all stakeholders involved in the Middle Eastern conflict as it claims. Rather, it is a bandaid fix that overlooks the most vulnerable in the situation, the Palestinian people. We see the world turning its back on Palestine, forgetting the injustices, suffering, and loss the nation has endured over the past century in its fight for independence. When the world is indifferent, it is up to us, as individuals - as members of humanity - to speak up.

Stop or suspend West Bank annexation? Devil in the detail for Israel-UAE deal

INTERNATIONAL AFFAIRS AUG. 16, 2020 Why the Israel-UAE Deal Is More About Iran Than Peace

Why Gulf nations are normalizing ties with Israel

Trump's OK With a One-State Solution. So What Would It Look Like?