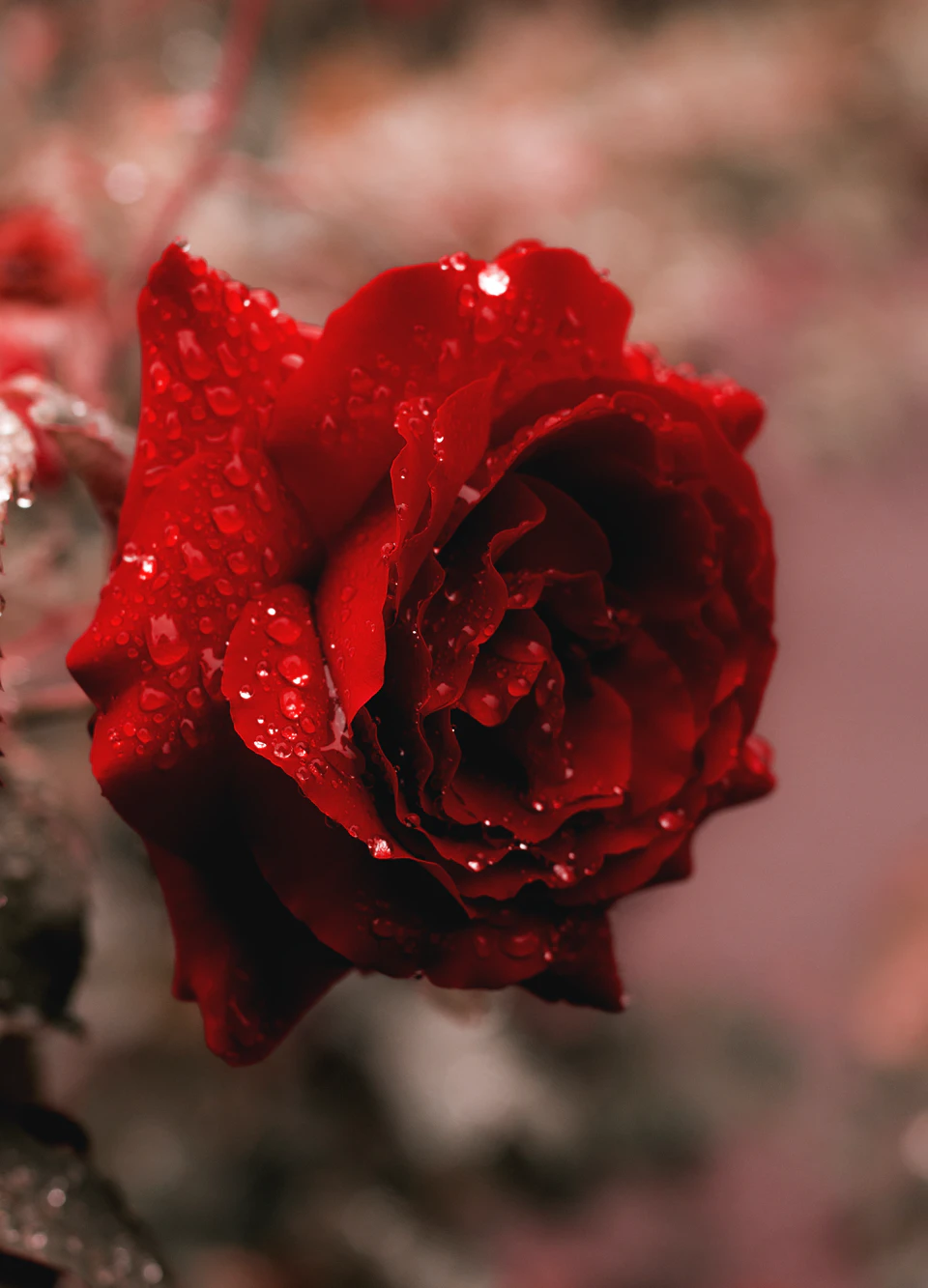 ﻿The desolate earth that Maria has found

Is an empty canvas laden with white roses.

Let’s turn it all into a true rose.

For it was not Wonderland that drove her insane

But the sight of a world

That was not covered in red.

When little boys and girls

Bow down to a god they never worshipped.

Ignore the blood that seeps into your socks,

Cover the red with your white tinted filters

For this can be our La Vie En Rose.

This new realm reminds me of home.

Come smell the roses that bloom,

The petals that I have decorated

Of the old world.

This world we see ahead

Let’s rise, paint it all red.

The gardens through here dance

To the unnatural beat that we sing

Over the organic rhythm of the land that we stole.

So, come on, take my hand

And exchange white papers for red.

When little boys and girls

Because they are so used

To finding comfort in large bodies of water.

Ignore the wine that seeps into your socks,

Cover the red with your white tinted filters

For this can be our La Vie En Rose.

Bewitch your mind with your favourite dreams

In deep sleep, we wrestle

With the formulations of our wildest fantasies.

We’ll show you all of the change.

How come I’m scared everything will just turn out the same?

I don’t want to wake up,

Look through the rose glass now

Your pain is but an aphid to the rose garden

That we cultivated from your soil.

Your screams are but a whisper to the orchestra

That we conducted with aria’s of selective oblivion.

The red horror that you have seen

I see it through rose-tinted lenses instead

For you are the red to my white

To my La Vie En Rose.

The phrase “La Vie En Rose” is a French saying that roughly translates to “life in pink” or rather “life in pink and rose-tinted glasses.” While the saying originally is used to describe a state of heightened happiness where the world is viewed in an overly joyous or “rosy” manner, the poem takes a unique interpretation of the saying.

Rather than having “La Vie En Rose” represent a positive perspective of life, I thought that an interesting way of manipulating the narrative of the statement would be to interpret it as purposefully trying to view life blissfully in order to ignore the darker realities that plague our existence (i.e. looking at the dark and bleak world through bright, pink-tinted glasses).

La Vie En Rose alludes to how both the government and the general population will often choose to avoid discussing taboo or controversial topics/ideas in favour of an easier, silent, and less confrontational method of living. This poem specifically takes inspiration from the First Nations people’s continuing plight, particularly in the wake of European Imperialism in North America. The reference to children worshipping a new god refers to the religious conversion that occurred in residential schools. Additionally, the reference to wine and the comfort found in large bodies of water refers to the high rates of alcoholism resulting from generational trauma and the segregation of Aboriginal communities.

Like the struggles of the Aboriginal communities, many minority demographics continue to face societal difficulties in the modern era. However, these problems are frequently ignored or dismissed to benefit the already well-established majority groups in power. This poem is not a criticism of selective activism or the lack of advocacy for many minority groups. Instead, it’s an observation of the unfortunate truth for communities facing disenfranchisement and questions whether or not the desire for real change will overpower human desire for safety and blissful ignorance.