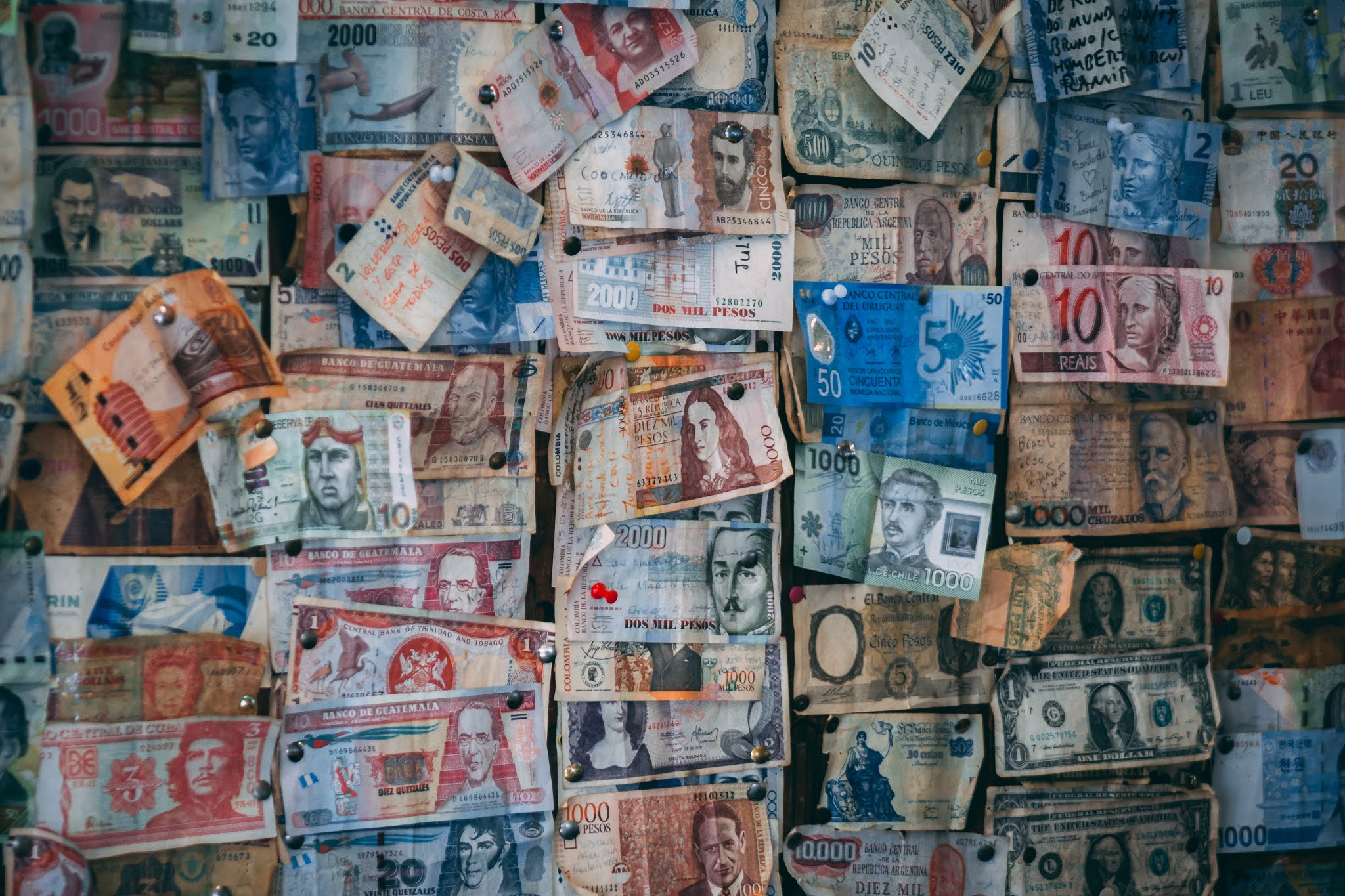 ﻿This week marked the six-month mark of the World Health Organization declaring a Pandemic as COVID-19 took a chokehold of the global economy as they were shut down. As each region and country took different measures, we now look at how their response to COVID-19 tolled their economy.

Equity Markets across the board have seen

The US Fed has gone on a no-limit buying spree of bonds and mortgage-backed securities. This has propped up global equity markets as global market indices have seen strong accelerated growth, in some cases straight-line growth over the last 4 months. While on paper this may look great, many believe it’s the start of a market bubble as equities are far over-valued. However, last week the market saw pull-back with market corrections of ~10%, primary in tech stocks after their triple-digit percentage growth since mid-March.

It is important to note that certain industries and sectors are seeing accelerated growth patterns, specifically in the technology and the e-commerce space as investors put bets on work from home and online education. This contrasts mass-layoffs and struggling rebounds for travel-related stocks. Finance has also seen a particularly hard time as they struggle to return to their pre-COVID prices due to losses on consumer loans, mortgages, and falling interest rates. These markets are a direct result of high government involvement that many views as an artificial way to prop up the stock market. This propping us has led to investors to presume a strong return to the economy. Many say this has led to dangerous levels of overpricing and could lead to a market crash as EPS and P/E ratios currently mirror those prior to the 01’ and 08’ crash. We can see this pattern extend as over the last two weeks the market has seen pullback as it begins to correct. Time will tell if this is a healthy market correction and pullback or a crash as it responds on mass overpricing.

The drastic increase in stock prices is also caused to a new injection of capital from young investors as they take advantage of low price, direct government aid in the form of stimulus cheques/ CERB, and easy access to commission-free mobile trading. With an almost 50% increase in year over year brokerage account opening, these new injections into the market pose no surprise to a rise in stocks. This trend has been noticed by bankers and traders on Wall Street as they are paying attention to threads on Reddit and social media pages on the next move (Bloomberg Business Week). This has also reflected in trading memes claiming the September correction was caused by all the “teenage traders going back to school.”

Paired with new investors, comes with more risk within the market. Alex Kearns, a college student like many opened a new trading account as blue-chip stocks reached all-time lows. Taking on risky options trading, his Robinhood trading account posted a $730,165 USD loss. The then 22-year-old jumped to his death. This has prompted lawsuits over the app’s design, described as “game-like.” Less Debt has lead to a Safer Economy

Many banks put aside billions of dollars in preparing for losses on loans, mortgages, and payments. In a Bloomberg report the Bank of Nova Scotia (Scotiabank) has released data that mortgages that have had deferral expiration, 99% of mortgage payers are meeting their monthly obligations as they pivot back to payments.

Canada’s largest lender RBC has experienced similar numbers and is confident as they see the majority of their mortgages held by high credit costumers (FICO scores of over 750) with dual incomes. Barclay’s Bolger adding “We’re not looking at seeing a big spike in foreclosures.”

Governments that have instituted strong direct consumer fiscal stimulation have seen a drop in personal debt (credit cards, lines of credit, etc.). In Canada, we saw those ages 18 to 45 see debt drop by 0.65% to 1% as CERB, CRSB, and other measures allowed them to pay down debt. Similarly, those aged 65+ saw one-time tax-free payment via OAS and the Guaranteed Income supplement allowed for a 0.45% shrinkage to their debt.

In unprecedented times like these, seeing debt be held by highly rated customers and reduced as a whole is comforting and provides certainty. As we continue the outlook, the lowered personal debt should absorb more shockwaves if a second round of layoffs should occur. If we don’t see a significant reduction in debt at the personal level, we would see an economic catastrophe. A global pandemic resulting in slowdowns of global trade + a consumer debt crisis + equity market crash + business shutdowns + rise in insolvencies would bring the economy to its knees.

Consumers have a lot of power

What this means for the Middle Class

As we begin to see economies reopen, we’ll see the slow recovery for the middle and lower-middle class.

For service and hospitality workers, it will mean the slow progression of back to work. However, data collected by yelp quotes the majority of temporary restaurant closures in the US have resulted in permanent closures as governments were slow with a stimulus to small businesses as they bled cash through the first months of the pandemic. This will result in a slow back to work return for these workers, typically the lowest paid and most economically vulnerable in developed economies. During this duration, we may see spikes in government support programs like food stamps, unemployment, and welfare. The only viable solution to this is a domestic investment for new low-skilled jobs to see a boost in employment for these workers.

Middle to upper-middle-income white-collar workers have seen little repercussions from a financial perspective as a result of the pandemic. While those working in sectors such as travel and energy have seen layoffs, the vast majority of white-collar employees have seen little change to their finances. Many have experienced a surplus as consumer spending was hampered when economies were shut down in March. The main concern for this income group is their long-term retirement savings and 401K/ Direct Contribution Pension Plans. Increased volatility in this duration of time may lead to later retirement and delaying big financial goals.

As Generation Z begin to enter the workforce, COVID-19 will present challenges. In 2008, many baby boomers opted to delay retirement due to layoffs and market volatility impacting their pension plans. I project a similar occurrence to occur as we enter the next 3 to 5 years as we continue to see market volatility, corporate bankruptcy, and reduced earnings. This may impact the overall earning potential for young adults entering the workforce, decrease the return on investment (ROI) on university degrees as new grads graduate with five to six figures in student debt, possible delayed retirement, homeownership, and stalled career development.

For those graduating during or shortly after a recession, the national bureau of economic research projects a 9% reduction in initial earnings, halving within 5 years, with the gap disappearing at about 10 years.

Developing Markets See Shockwaves and recessions, the first in decades.

Yasuyuki Sawada, Chief Economist of the Asian Development Bank (ADB) announced on September 15 that they’re analysts have downgraded projections for the Asia area from growth of 0.1% to seeing a contraction of the greater Asia economy by 0.7%. With projections of an L or ‘Nike logo’ shaped recover, ADB is projecting a 6.8% growth to Asia’s economy by 2021.
More certainly, some nations will hurt more than others in the Asia area. Projections have an expectation of India’s economy to shrink by 9% by the end of 2020, while China is projected to grow close to 2% by the end of the year. Countries with tourism-focused economies could see up to a 20% shrink like the Maldives and Fiji.
African nations are seeing headwinds as they see tanking of GDP numbers as COVID-19 disseminated its economy. With an overall projection of an 8% GDP contraction across the continent, the UN has addressed that due to lack of social services a major issue. There are growing possibilities of almost 1/3 of Africa’s middle class exiting the income bracket due to COVID-19. With this, some economists believe it may take years for certain African countries to recover from the Economic blow from COVID-19. Momentum Investments quoting the South African Economy may not fully recovery until 2023-24.
However, analysts still believe that there are strong investment opportunities in African countries with its large pool of up and coming talent for the workforce, growing middle class, and strong fiscal growth following recovery from COVID-19.

Over the past decades, the Middle East has been clouted for its low tax rates for corporations and individuals as they raked in oil royalties as oil prices hit all-time highs. Analysts at British Petroleum (BP) are now projecting that the world may never consume as much oil as they did in 2019. These projections paired with the ease of access to renewable energy solutions may be the death of the low-tax economic structure set-up in many middle eastern countries.
However, as ex-pats and foreign workers leave middle eastern countries, the job-market can be re-designed from bottom up in order to support locals. Before the pandemic, roughly 9% of Saudi Arabia’s workforce was made of foreign workers with over 200,000 leaving the nation as COVID-19 spread around the world. These pockets of work should generate and spur growth, however not to the same levels when compared to the hay day of oil. As of now, the unemployment rate in Saudi Arabia is half of what it is in the states, but many economists point to raising tax rates in order to avoid mounting sovereign debt.

Every election analyst calls it “unprecedented” and “unlike any other.”

This year we’ll see a variety of impacts on the market and economy, globally. Blackrock Chief-Income Strategist Scott Thiel says the US election will pose a trio of volatility risks;

For the last half-century, the stock market has predicted every single election outcome. If the 90-days prior to the election the market closes green, the current president is to be re-elected. If the closing balance closes negative, a new presidential candidate will be elected into office. This year you’re looking at the range between August 5 and November 3. At the time of writing, the market is at a 0.88% growth for the period. Currently, the S&P 500 is on the support line from September 8. Under the Support and resistance line strategy, the market should see an upward pattern.

As we begin to see an end near in sight, our economies will need to begin to recover. The way we recover, the rate we recover at, and the overall recovery process will have a massive impact on the global economy operates in the next decade.

Alike the way I close every email. Stay safe and healthy.