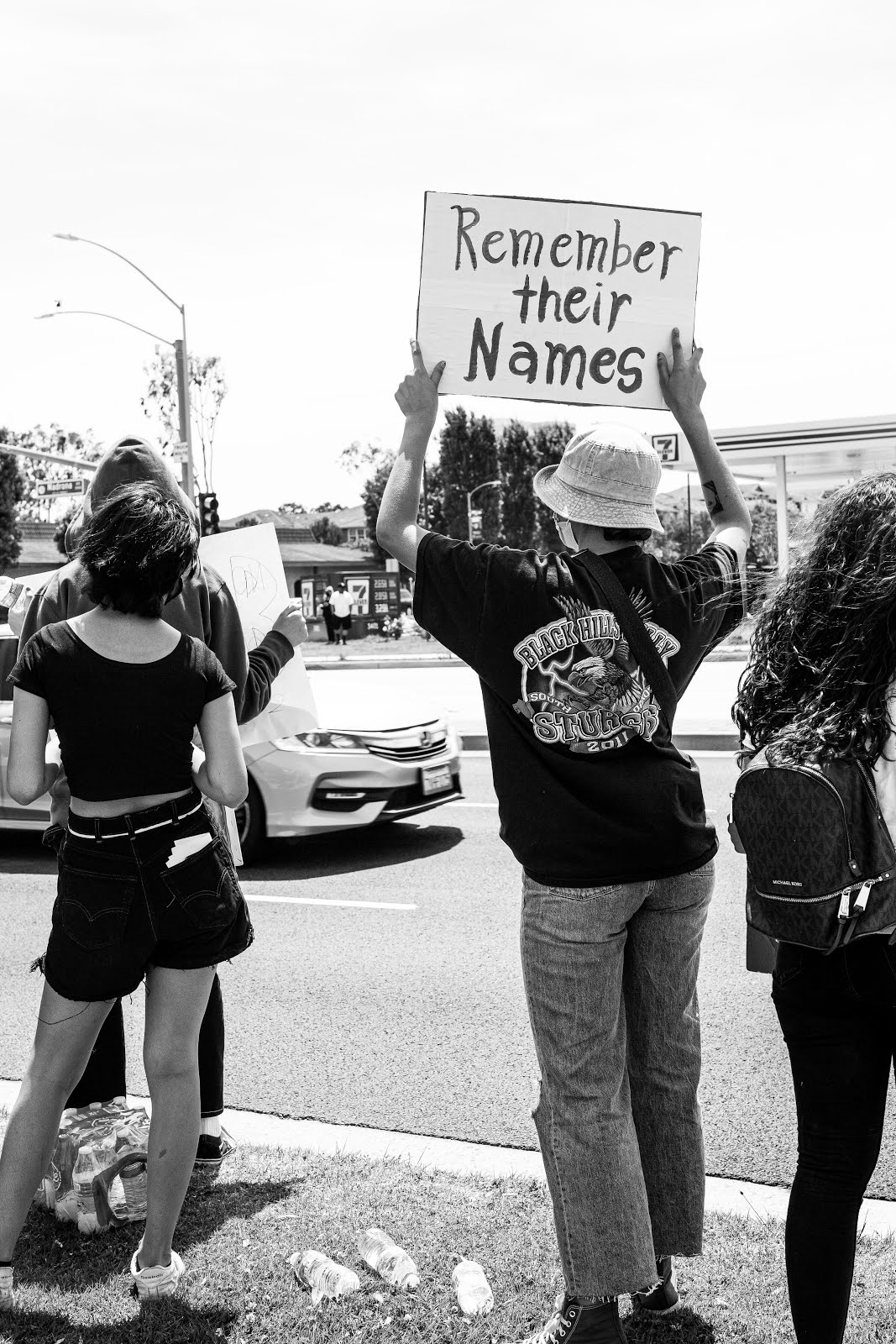 ﻿On May 25th, George Floyd died not long after a police officer kneeled on his neck for at least 7 minutes. This was done proceeding arrests that were made on the alleged basis of forging a $20 dollar bill at a grocery store. Sadly, this type of story is not rare and the patterns that exist between each circumstance demonstrate a strong correlation to racism and prejudice towards minority groups. As bystander videos of Floyd’s death were posted to Facebook, media coverage of the incident became widespread. Simultaneously, the hashtag “#blacklivesmatter” started trending once again over social media platforms such as Instagram, Tiktok, and Twitter where users sought to spread awareness of the incident and other cases of racism in policing. Peaceful protests ensued, some of which turned violent in the process of demanding justice for Floyd and for reform within the police system.

However, while many are focused on demanding justice, it is equally, if not more important to examine the origins of racism in America and the nature of prejudice. This must be done in order to tackle ethnocentrism at its core to effect greater, genuine change. This article aims to examine the history of racism in America and the nature of ethnocentrism and prejudice. Hopefully, in the process, it will provide a more comprehensive understanding of the issue and begin effective sustainable change by tackling the problem at its origin rather than solely focusing on the symptoms.

Racism in America dates back to 1619, as European colonists gained control through the usage of force on predominately dark-skinned societies and their advantage in resources. To meet the labour force needed in the rapidly growing colonies, colonists began to bring over many Africans to work as slaves and support the needs of the Europeans. In the 18th century, it is estimated that 6 to 7 million slaves were brought to the New World. Their actions were fundamentally based on the belief that the European race was superior to the African race, justifying the brutal measures put in place on African people. All of which damaged the bodies and minds of generations of kidnapped Africans who worked without pay and against their will while having to endure being whipped, beaten, and raped. The work of slaves was a crucial contribution to America’s prosperous economic development, especially after having driven Native Americans out of their own land in the 1830s to make way for cotton plantations. During this time, slaves were always viewed as ‘property’ that could be traded and sold, removing any sense of human dignity or equality which consistently asserted the superiority of the European race. By 1861, the value of “human collateral” was worth greater than $3 billion dollars and slaves were dubbed as America’s “greatest financial asset”. This initiated disparity between Europeans and African-Americans because the playing field was far from level. African-Americans lacked the right to work, vote, receive education, establish their own home, or most importantly, be viewed as equal by American society.

After the Civil War, the 15th Amendment allowed African-Americans to gain the right to vote. However, much political turmoil ensued, with the black community experiencing violence and terror due to the Ku Klux Klan, a white supremacist terrorist group. Furthermore, fraudulent voting schemes and voter suppression tactics resulted in a drastic decrease in African American voters and black elected officials of state legislatures or Congress. This superiority in race created negative ideas of the African-American community which were promoted through the media and terrorist groups. The idea of racial superiority manifested itself into many forms of ostracization and marginalization of the black community. Many were perpetuating the precedent set by European colonists in 1619 through fear-mongering and instilling pre-conceived notions that had little veracity; all done in fear of co-existing with or losing dominance over the African-American race. As ideas of racism were widespread and adopted by many, people of colour continued to receive deliberate unequal treatment. For instance, Jim Crow laws and Black Codes allowed for racially-based segregation. Black farmers were left in debt equivalent to their salaries, whilst black children were only allowed to receive schooling should they have completed their farm chores. Many Caucasians murdered, destroyed, and drove African-Americans from their homes. Over 6 million fled from the South to the North and West for better living conditions. A ‘ground-breaking’ movie “A Birth of a Nation” was released, which celebrated white supremacist terrorist groups and affirmed the notions of black criminality and inferiority. Meanwhile, as black soldiers returned home from World War I, new white supremacist terrorist groups inspired by the Ku Klux Klan started riots in over 34 cities, attacking people of colour. 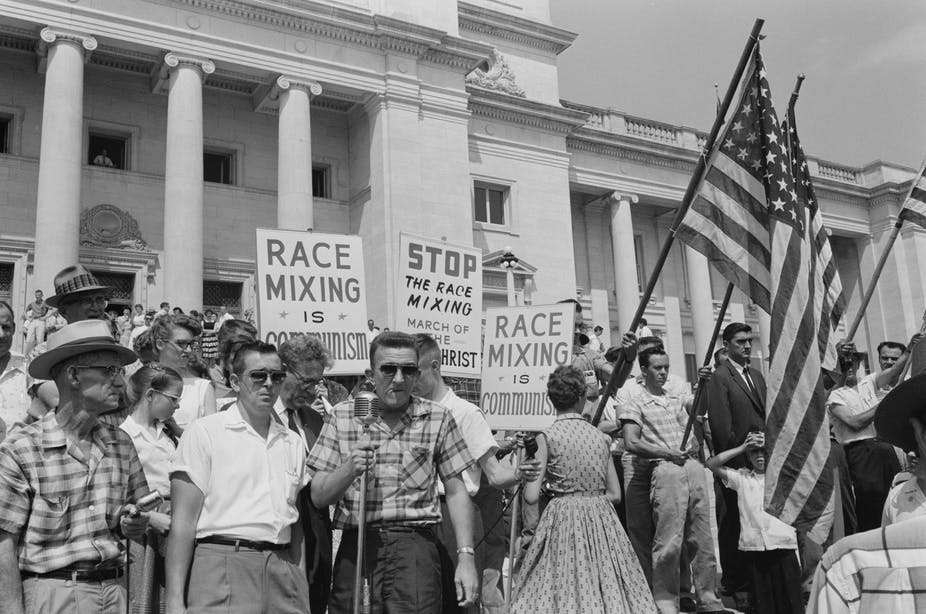 Another issue that increased the existing disparity gap was the purposeful devaluing of black houses and neighbourhoods. Banks refused loans to black homebuyers in the 1950s and 1960s and ensured that black neighbourhoods would be of a lesser value than white neighbourhoods. Simultaneously, businesses, restaurants, schools, public places, hotels, ad nauseam were racially segregated, motivated by the same attitudes of the colonists and terrorist groups while black people were in fear of rejection from the white community. It was considered a crime to not give up one’s seat for a white person, or enter an area designated for white people. Very rarely did white people enter an area designated for black people or a racially integrated area as it would contradict racist attitudes and their own prejudices, but more crucially risk social rejection from the “superior” race. Many states banned interracial marriage as well. The effects of systemic racism made it near impossible for those of colour to lead the equivalent lives of the Caucasians.

A  poster carried by Samuel Egerton during a protest in Washington, March 1963 (Collection of the Smithsonian National Museum of African American History and Culture, gift of Samuel Y. Edgerton) Sadly, the same posters are seen today.

Many activists, most notably Martin Luther King Jr. and Fannie Lou Hammer pushed for change and legislation to the Kennedy and Johnson government. The Civil Rights Act was enacted in 1964, disallowing discrimination based on sex or race when hiring, promoting and firing. The Voting Rights Act of 1965 scrapped poll taxes and allowed many black Americans to vote. Interestingly enough, it took over 200 years to achieve substantial progress in getting close to a genuinely egalitarian society, when all trouble stemmed from a simple idea; one race being superior to another. Unsurprisingly, despite the progress made from 1619 to the current day, many of the very same prejudices and racist attitudes can be found within America’s current day society. Moreover, the lasting effects of discrimination and lack of equal opportunity continue today. For instance, despite racial segregation laws being scrapped long ago, many schools and neighbourhoods are still majority composed of one race taking after the previous generations of segregation. Police brutality and wrongful treatment based on race and motivated by prejudice still occur today just as it did back in the 19th century. Protest signs of “Black Lives Matter” from a 1963 protest in response to thousands of deaths instigated by police are no different than the ones seen today. The professional workplace has a greater people of colour demographic, but CEO’s and those who hold higher positions are dominated by Caucasians. Studies have found that still when a white person and a black person apply for the same job with similar credentials, the white person is more likely to be hired. Voter suppression is still prevalent today, where governments have been found to purposefully prevent people of colour from voting. There are still plenty of news reports today of Caucasians calling 911 on African Americans for simply barbecuing, waiting in Starbucks, or sleeping at Yale.

It seems that in the modern-day world falling privy to preconceived notions initiated by historical and systemic racism perpetuates current racial inequalities and disparity. In examining the nature of prejudice, we can work to change our assumptions of others and the consequences of them. Research has shown that prejudice derives from a need to make quick and firm judgments and decisions in order to reduce ambiguity. In prehistoric times, this was an adaptive response from human-ancestors in an effort to protect oneself from danger. In modern-day, studies suggest prejudice can be motivated by one’s insecurities and a need to feel superior. Scientists theorize that this thought process results in a subconscious need to categorize the world. Upon encountering a stranger, it becomes easy for one to make an assumption; categorizing them based on their physical appearance and what they think they know about each category (ex. race, clothing, people they are with). Assigning negative or positive attributes to each ‘social category’ leads to prejudice and stereotyping. Furthermore, once prejudice is “established”, it evolves rapidly; where one begins to notice only the things which affirm their belief and disregard those that contradict it. This can make prejudice a handicap, assuming the worst intentions in people and apathetic to those who don’t fit your beliefs. A virtual wall is built around objective thinking, forbidding you to think beyond your own assumptions. More importantly, your implicit and explicit attitudes towards a ‘social category’, like race for example, strongly predict your treatment and how friendly you are towards them. “When you change the way you look at things, the things you look at change”. By moving beyond your own prejudices, perhaps the things that you thought were once there weren’t there after all and just in your head based on things you convinced yourself of.

On this basis, prevention of such events as those of George Floyd and the countless cases before his which were misguided partially based on prejudice, push us to become more cognizant and aware of our own prejudices. Rather than establishing fictitious attributes based on limited experience or the media, we should seek more opportunities to engage with a diverse range of people. Encountering those you have prejudice towards dispels assumptions, and pushes you to associate neutral or positive things instead.

A very basic idea: racial superiority; championed by haughty believers, bred by slavery and violence, and perpetuated by legislation and prejudice within every aspect of life result in the continuing of an inherent disparity gap between two different colours of skin, yet who are all humans.  It makes one wonder what life would be like had the Europeans had left other societies alone or viewed them as equals. Racism is learnt, not innate. It is our own moral obligation to recognize the effects of racism in our society rather than to be oblivious and succumb to it. Moreover, preventing racist attitudes from continuing on starts with yourself, in confronting your own ethnocentrism and teaching the future generation the same.  In truth, legislation from all levels must also reflect these values in order to support change within a society. However, it is the values, beliefs, needs, and desires of a collective society that ultimately influences the day to day operations of government in all forms and the everyday institution’s whether it is school, work, coffee shops, subways, or any public place; that play a role in our lives. Value everyone equally and be kind.