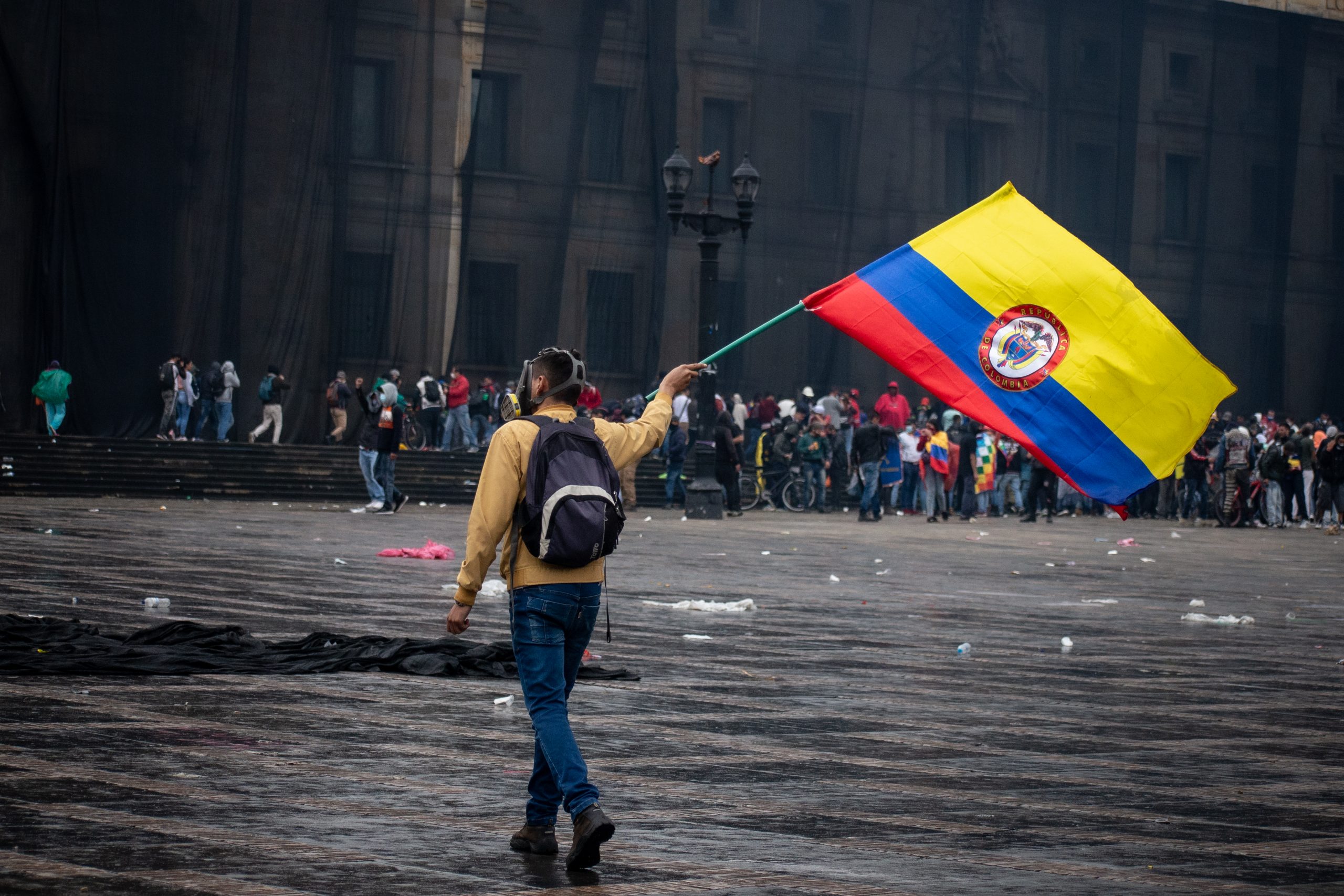 The Deadly Unrest Of Columbia's Uprising


On April 28th, 2021, violent protests erupted across Colombia. These protests began amid a tax proposal that stirred up discontent amongst thousands of people. While the country had already been battling corruption and the impacts of the pandemic, this tax proposal had created a mass movement against the government.

Prior to the birth of this movement, social and economic troubles have continued to skyrocket. Issues such as drug trafficking, poverty, paramilitary conflict, income inequality, and the provocation of whistle-blowers, have all been subsidized to political corruption. Military violence has become an ample matter in Colombia as over 200,000 civilians have been killed in the past 50 years, along with countless individuals who have gone missing after military encounters. Another threat to safety is the increasing number of illegally armed gangs who conduct and operate activities within neighbourhoods such as murder, sexual trafficking/violence, and drug abuse. These matters have transformed into displacement issues. With escalating violence, millions of people continue to flee their homes leaving them internally displaced within the country. As a result, Colombia is now the country with the biggest internally displaced population in the world with nearly 50% of the internally displaced ranging between the ages of 6-26 years old.

Poverty is one of the most substantial problems in Colombia, given that over 27% of the population lives in poverty. Plus the strains of the pandemic, these numbers have grown dramatically, resulting in over 42% of the population being a victim of poverty. Over 3.5 million Colombians live in uninhabitable living conditions, lacking basic necessities and essentials to life. These numbers progress as little to no action is being taken.

Like most countries, Colombia’s economy has suffered a great deal during the pandemic, creating a steep unemployment rate, and financial hardship for citizens, following back to the country’s extensive poverty issue. Despite the country’s highest soar in Covid-19 death tolls yet, the government fully reopened all tourism venues and businesses in hopes of redeeming the economy. This continues to threaten lives, and create more unwanted issues in the country.

All of these setbacks have piled up, tracing back to why this movement began in the first place. Based upon what protestors convey, the people are fed up with not receiving their promised rights and this tax proposal has become the last straw for most Colombians.

“We're in the middle of a pandemic, with the majority of Colombians unable to stay home because they live hand-to-mouth, they eat rice and eggs. Now they want to tax the eggs. This tax reform is miserable.”
-Francia Marquez [A comment made by a protestor on the tax proposal] (Al Jazeera English)

The tax proposal put forward by President Ivan Duque and his government would raise taxes on people and businesses in an inequitable manner. They aim to increase their annual tax collection by $6.38 billion. This would be executed through taxing basic food items, middle-class pensions, utility bills, and funerary services. Plus, increasing taxes that are already being paid, with the highest tax rate being over 31% for personal and corporate tax rates. Few opinionated articles have even reputed this proposal as a punishment for Colombia’s middle class, and a threat to its economy.

“I think the tribunal’s decision further angered people to come out. We’re dealing with the worst government proposals in decades. People are hungry and desperate for help, not more taxes.”
- Aliro Uribe[Opposition Politician]. (Al Jazeera English)

Current President Ivan Duque even made declarations during his election campaign, which he is now contradicting. In 2018, he promised to “curtail corporate taxes, cut needless spending, and combat tax eviction”, a promise that he is now evidently going against.

All these events provoked anti-government protests across the country, many of which have turned deadly. As demonstrations grew violent, terror built on the streets. Demonstrators created statements by setting vehicles on fire, looting stores, and creating blockades on major roads and seaports. Indigenous protestors even attempted to take down a statue of a Spanish conquistador in Cali, Colombia. The atrocious response by law enforcement has only caused further commotion in the streets.

Amid these events taking place, a helicopter carrying President Ivan Duque, and other officials were attacked. It’s been reported that the aircraft was struck a few times but nobody obtained any injuries. While the incident took place in an area known for gangs and guerilla groups in Colombia, no one has officially been pinned or blamed for the attack.

The government’s response has been very vacillating. From unrest all over the country, the officials have gone from “withdrawing” the tax proposal, to stating they’d evaluate the proposal in only a matter of weeks. With the newest development contradicting the past statements, President Ivan Duque and his government are to present yet a new tax reform to congress. This proposal includes “increasing the enforcement of tax collection” rather than increasing taxes themselves. Plus, going after tax evasion and decreasing government spendings overall.

As demonstrations and rioting continue, so does police brutality. Unaddressed issues continue to develop, and poverty deepens. As a result, over 2300 people have been injured, and more than 68 deaths have occurred due to the protests. These numbers include both civilians and uniformed personnel.

While protests and rioting don’t seem to wane anytime soon, death and injury tolls continue to climb, as people are desperate for change.