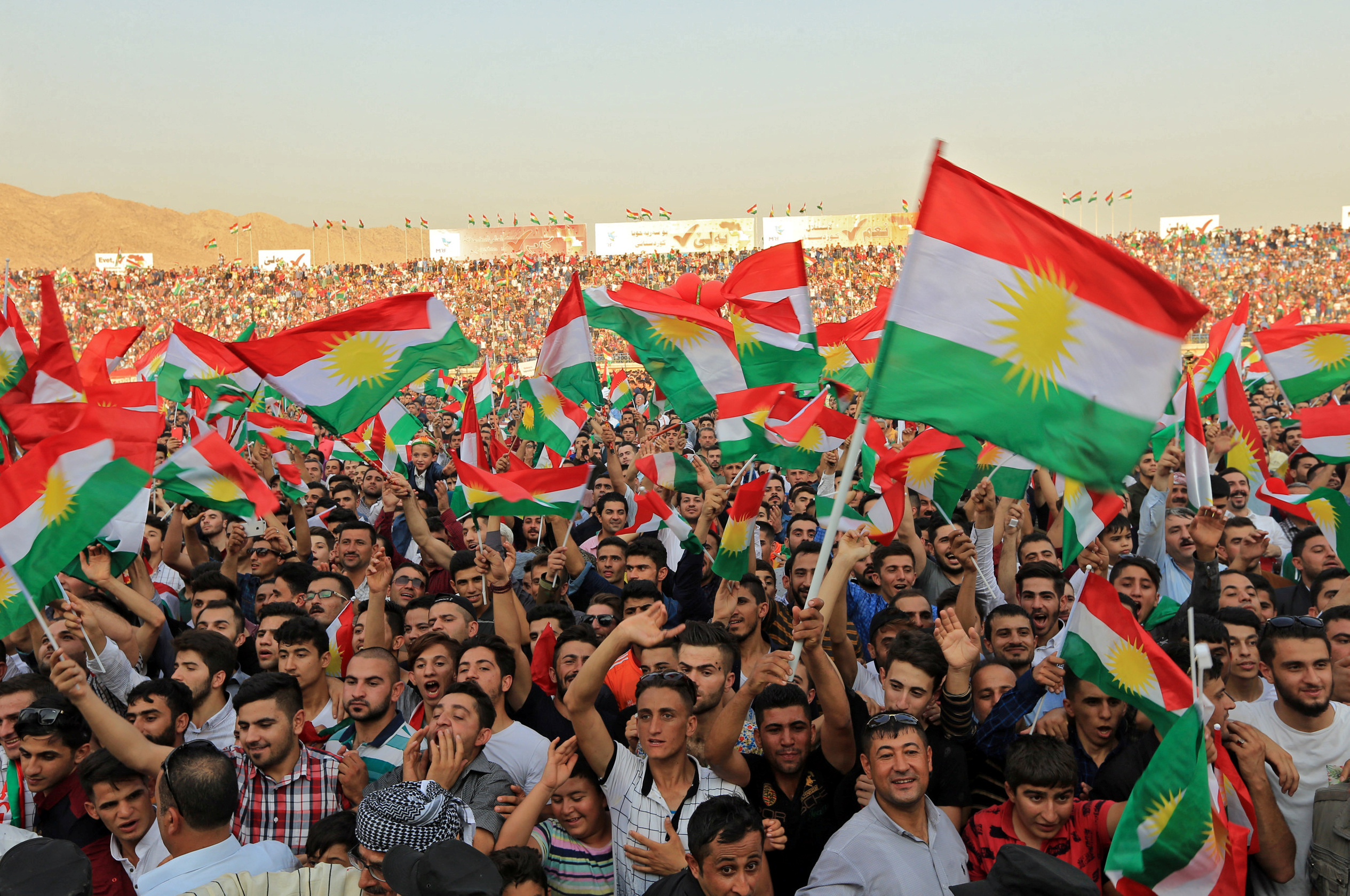 The Kurdish Plight And The Global Political System

From the 17th century onwards, the global system of empires, constantly contested land, and ever-changing borders began to consolidate into nation-states with more defined geographic boundaries. With the fall of large empires and imperialism, more nation-states began to form based primarily on ethnic backgrounds. This fragmentation was integral for ethnic groups as it ensured that their community remained protected, free, and capable of exercising self-determination.

Furthermore, nation-states did not form uniformly. Domestic or European treaties created some while others took up arms and unilaterally declared independence. In comparison, the latter model was de facto in nature and often lacked global recognition. Simultaneously, the terms ‘nation’ and ‘nation-state’ were perceived differently. According to the renowned French orientalist Ernest Renan, a nation transcends political boundaries as a “daily plebiscite” for people. Yet, ethnic groups have aimed to form a nation-state—the more defined unit—as the subjectivists’ nation does not secure any rights. Therefore, in the context of this article, a country, state, nation, or nation-state will be defined as a globally recognized sovereign political entity with territorial integrity.

Multiple stateless ethnic groups globally still demand self-determination through an independent country, autonomous rights, federalism, or democratization. Among them, the Kurds are the largest stateless ethnic group. There are approximately 30 million Kurds spread across Iraq, Iran, Turkey, Syria, and Armenia. Their quest for self-determination is not a 21st-century innovation. Outside the modern determinants of a nation-state, the Kurds ruled quasi-states in the 19th century. In 1920, they were finally promised a nation-state in the Treaty of Sevres, which the Treaty of Lausanne overturned in 1923. Subsequently, the Kurds were treated as second-class citizens in the countries they resided in and still suffer various human rights abuses.

Thus, the Kurdish struggle for self-determination launched in full force in the first half of the 20th century. Over time, many Kurdish factions have formed to materialize their vision. Some well-known ones are the Kurdish Worker’s Party (PKK), primarily targeting Turkey; the Kurdistan Democratic Party (KDP), and the Patriotic Union of Kurdistan (PUK) leading the Kurdistan Regional Government (KRG) in Iraq; and the Iran-based Kurdistan Free Life Party (PJAK). Despite the prevalence of Kurdish movements over almost a century, some critical factors have prevented their success. So, what is preventing the formation of an independent Kurdish state in the Middle East?

Milena Sterio, a professor of international relations at Cleveland State University, outlined the criteria that define the success of a secessionist movement as follows:

Many entities, including the United Nations, have acknowledged the human rights abuses the Kurds face. However, the United Nations has also protected the territorial integrity of nations involved as per the United Nations Security Council resolution 688. Moreover, the distribution of Kurdish people across four countries renders the condition of parent-state weakness difficult to meet. In this case, none of the parent countries are relatively weak. Syria, Iraq, Turkey, and Iran have crushed several Kurdish uprisings. The only successful Kurdish independence movement formed the short-lived Kurdish Republic of Mahabad in Iran in 1946, which collapsed soon after the Soviets halted funding. Additionally, in an assessment of multiple Kurdish movements in Iran, it was concluded that progress was only made when Iran faced power imbalances, reaffirming its general strength over the Kurds. This conclusion extends to all other parent states, considering the current circumstances. Furthermore, the parent states and their allies cooperate to suppress Kurdish separatist movements, including Turkey and Iran, who are not conventionally known as allies.

The prospect of receiving international support to tip the balance of power is also absent. Even though the international community has established strong ties with the KRG, there is strong disapproval for forming a Kurdish nation-state even as secession only from Iraq. Furthermore, the KRG’s independence in diplomacy and foreign relations does not provide a reason for independence either. They are only executors of the national foreign policy that they cannot form.

Ultimately, the formation of a Kurdish nation-state comes down to the consent of the involved parent state(s). Without it, they will remain unrecognized by most nations in the world no matter how independent and diplomatic they become, as seen in the case of Taiwan. Furthermore, considering the regional relations and geopolitics of the parent nations, the Kurds will require the consent of all parent states even if they demand secession from one state.

Already challenged by civil wars, proxy wars, terrorist organizations, and countless other threats to stability, the parent states anticipate the sprouting of several new issues if a Kurdish nation-state forms in the region. In terms of the circumstances faced by the parent states, the Fragile States Index classifies Iraq and Syria as the 17th and fourth-most fragile states globally, respectively, while Iran and Turkey are known for other economically draining and unstable conflicts.

The previous section established that a Kurdish nation-state consolidating land from all parent nations is highly unlikely. Instead, the KRG expects to secede. Thus, the current demographic of Iraq and its political aspirations is the first source of expected instability. Sunni Muslims in Iraq align themselves with a pan-Arab identity imagining an Arab state in the MENA region like that of the Umayyad Caliphate or the mission of the Ottomans. Simultaneously, Shia Muslims only expect a closer connection with Iran. In contrast, Iraqi-Kurdish leaders Jalal Talabani and Masud Barzani affirmed that they would “never submit to an Islamic order” or an “Islamic identity”. Since no party has expressed willingness to compromise, if even one party gains independence, the other parties will also demand it to exercise self-determination and work towards their vision. Given that their vision of a “greater homeland” differs, conflict is inevitable without compromises.

The former United Nations Secretary-General Boutros Boutros-Ghali believed that “if every ethnic, religious, or linguistic group claimed statehood, there would be no limit to fragmentation.” If the KRG becomes an independent state, Kurdish factions and other minority communities in Syria, Iran, and Turkey will also fight for independence, aggravating regional conflicts.

The Kurds fight other Kurdish factions that have contradicting ideologies and approaches in addition to other state and non-state actors in the region. This disunity manifested itself not just in the form of ideological differences but also through military strife. The most significant ideological differences are between those only demanding autonomy against those striving for secession. Militarily, the Iraqi Kurds fought a civil war in the 1990s, witnessed violent clashes between the political party Goran against the KDP and PUK in 2009, and regularly participated in military campaigns against the PKK.

Unfortunately, the intra-Kurdish conflict is not just between different groups but also within them. A researcher, Kuruuzum, interviewed several residents of Iraqi Kurdistan and discovered that they had “strongly critical thoughts [against the KDP] and explained their feeling that nothing is really as it seems,” substantiating evidence of intra-faction divisions.

In many cases, disunity seems inevitable as Kurds often face severe dilemmas due to the complexity of Middle Eastern politics. For example, some Kurds in Syria were against the government and the terrorist forces. At the same time, their other opponent, Turkey, was also anti-Syrian and determined to fight the terrorists. Consequently, not all Kurdish factions pushed for Syrian regime change, fearing what a new Turkish puppet regime could entail. The Kurds who focused on repelling the terrorists with Turkey lost their reclaimed land in Northern Syria in late 2019 as Turkey pushed them back. Evidently, it was not easy to benefit from either choice. In addition, Kurdish disunity has allowed other nations to use divide and rule tactics against them. As a result, Kurdish disunity has also become a self-reinforcing barrier to Kurdish independence.

Many ethnic groups desire to secede and exercise self-rule, but not every group achieves it; several internal and external factors shape the future of their plight. The consent and power of the parent nation are integral factors along with their regional and international relations that determine the outcomes of secessionist movements. These factors have been a more significant challenge for the often-disunited Kurdish communities that span across not one but four powerful and internationally supported nations. Even if they united to push for the formation of a nation-state, the plethora of existing security challenges and regional politics would constantly test their unity. Along with respect for territorial integrity, the same security challenges hold back many nations from supporting the Kurdish cause.

Additionally, after the political barriers to Kurdish independence are tackled, the Kurds would need to resolve economic challenges. Researchers stipulate that the current economic conditions of the Kurds cannot sustain the finances of an independent nation-state. Presently, considering the global alignment towards human rights but against secession, a united Kurdish stance towards greater autonomy, equal rights, and respect for their communities poses fewer barriers with numerous advantages. However, this does not mean that granting independence to the Kurds in many regions is inherently an unfavorable outcome from a humanitarian standpoint. Yet, if the primary concern is about human rights, representation, and standard of living, opting for a more realistic route of greater autonomy and respect for human rights would still be beneficial.

Alternatively, one could argue that, unlike Palestine, the Kurds did not have an established state. Therefore, historical grounds may not be the best points to bring to the table. However, how do we decide what classifies as an established state and what does not? Is it right from a moral standpoint to completely delegitimize the Kurdish versions of statehood just because the international order agrees on something else?

A look at the Kurds, a stateless nation in a restive region
The Stateless and Why Some Gain and Others not: The Case of Iranian Kurdistan
Learning from history: Kurdish nationalism and state-building efforts
Kurdistan: Achievable Reality or Political Mirage. Afro-Middle East Centre
Unrecognized States and National Identity
Global Data (2020)
The Kurdish Problem in Turkey
What is Nationalism and Why Should We Study it?
Iraqi Kurdistan’s Statehood Aspirations and Non-Kurdish Actors: The Case of the Turkomans
Paradiplomacy of Regional Governments in International Relations: The Foreign Relations of the Kurdistan Regional Government
"Breakaway States: Understanding When The International Community Recog" by Brian Zachary Mund
An independent Kurdish State: Achievable or merely a Kurdish dream?
Kurdistan Region’s Quest for Independent Statehood: Trapped in Internal and Geopolitical Rivalries
The paradox of the Iraqi Kurdish referendum on independence: contradictions and hopes for economic prosperity
Timeline: The Kurds' Quest for Independence
Resolution 688 (1991) / adopted by the Security Council at its 2982nd meeting, on 5 April 1991.
Kurdistan: A State or a State of Mind? – The Cairo Review of Global Affairs
In The Future of Kurdistan: The Iraqi Dilemma
Image